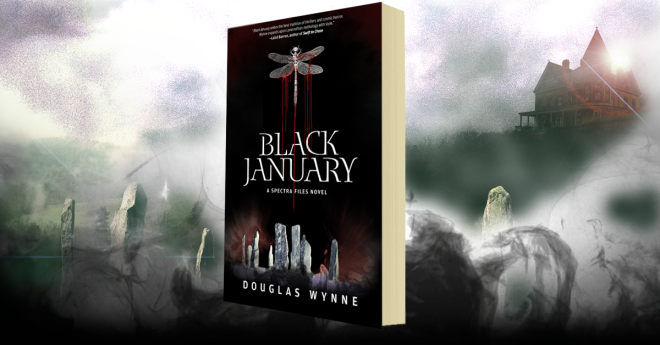 Black January was released on Friday. Thanks to all who have picked up a copy, written a review, or helped spread the word on social media!

The question I’m getting most now that it’s out is: “Can I read Black January if I haven’t read Red Equinox first?”

Black January is the second book in the SPECTRA Files trilogy, featuring Becca Philips and other characters introduced in Red Equinox. If you’re just attracted to a book about a team of explorers investigating a house haunted by cosmic horrors, you can pick up Black January and it will deliver a story with a beginning, middle, and end while catching you up on all you need to know about the events of Red Equinox.

That said, if you’re interested in taking a longer journey through an urban fantasy trilogy based on the Cthulhu Mythos, you should probably start with Red Equinox. As with any series, book 2 contains spoilers for book 1.