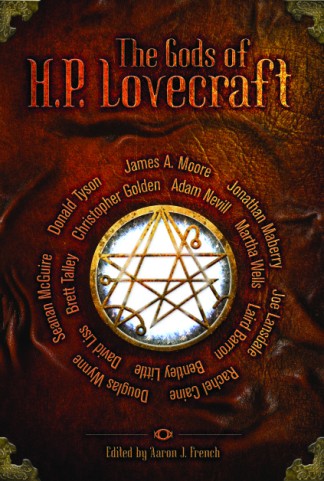 The Gods of H.P. Lovecraft collects the twelve principal deities of the Lovecraftian Mythos and sets them loose within its pages. Featuring the biggest names in horror and dark fantasy, including many NY Times bestsellers, full of original fiction and artwork, and individual commentary on each of the deities by Donald Tyson.

“Even taken out of the Lovecraftian frame, all 12 stories are scary and well crafted with plenty to offer readers looking for a post-Halloween fix. Take, for example, horror up-and-comer Douglas Wynne’s “Rattled,” a terrifying story featuring Yig, Father of Serpents, that also works as a moving coming-of-age tale.” –Booklist (starred review) 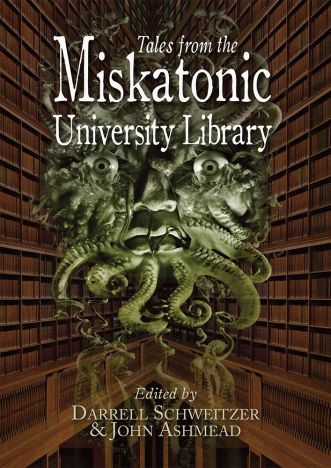 Tales From the Miskatonic University Library

Miskatonic University, in fabled Arkham Massachusetts, has long been described in the fiction of H.P. Lovecraft and his successors. 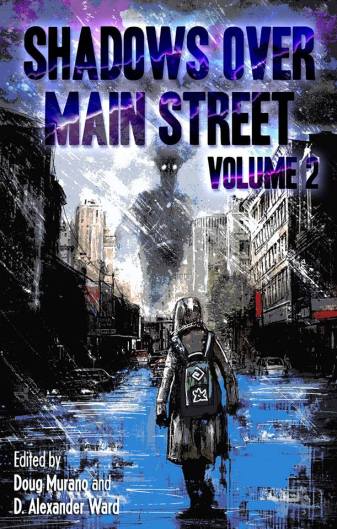 Turns out you can go back home again…and the Shadows Over Main Street await. 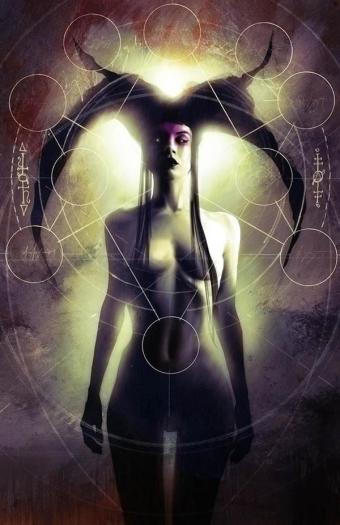 Featuring an original 16″x8″ two-page color spread by Les Edwards preceding each story (each story is original and written specifically for this volume), I AM THE ABYSS is printed in a unique 8″x8″ trim size with over nine color pages inside the book. With 9+ novella-length stories, this tome is expected to come in at over 450 pages. Available for preorder  now from Dark Regions Press in ebook, trade paperback and deluxe signed slipcased hardcover formats. 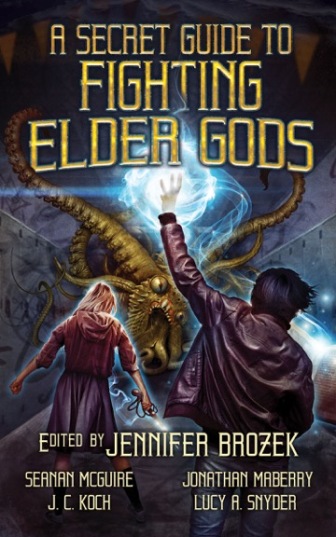 NEW WARRIORS IN AN ANCIENT FIGHT…The ongoing battle against the immortal Elder Gods enters the modern age. Magic, mayhem, and murder no longer reign in dusty books discovered in decrepit libraries. Today’s monsters can be called by more than uncanny rituals in candlelit basements. Madness lurks on the internet and lives in the locker room. It breeds in the mall and ambushes its victims outside the club.But those who fight this vast evil have also moved into the modern age. Teenagers from every walk of life use whatever they can to defend our world. Sometimes they win. Sometimes they lose. Sometimes…they give into the temptations of eldritch power. 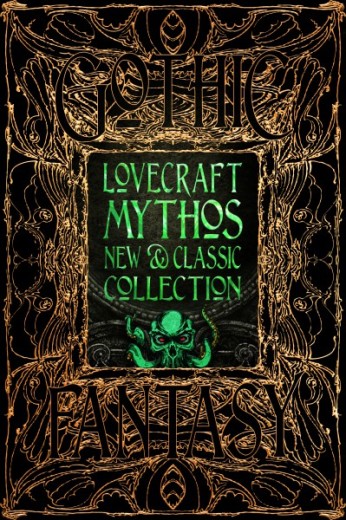 Featuring new stories specially commissioned for the collection this offering of H.P. Lovecraft’s shared universe is a thrilling immersion into the world of Old Ones and the Elder Gods, an ancient race of terrifying beings. In Lovecraft’s vision we live in a deep, but fragile illusion, unable to comprehend the ancient beings, such as the Cthulhu who lies dead but dreaming in the submerged city of R’lyeh, waiting to rise then wreak havoc on our realm of existence.

Lovecraft used the mythos to create a background to his fiction, and challenged many writer companions to add their own stories. Clark Ashton Smith, Robert E. Howard, Robert Bloch, Frank Belknap Long, Henry Kuttner were amongst the first but over the years many others such as Ramsey Campbell, Lin Carter and August Derleth added their voices to the many mythic cycles, developing themes and new fictional pathways for the town of Arkham, and the creatures Azathoth and Nyarlathotep.

The Lovecraft Mythos is fertile ground for any writer of supernatural, horror, fantasy and science fiction, so for this edition we opened our submissions for brand new stories, many published here for the first time, to continue expanding the shared universe.